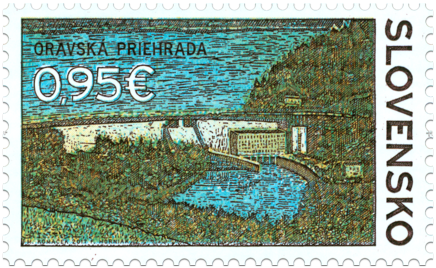 The Orava, an unpredictable river, brought benefits as well as a lot of misery to the residents who, in the past, lived near the confluence of the rivers Biela and Čierna Orava. This is also proven by archived records. The most terrible flood, also referred to as “Palackého veľká voda” (Palacky’s Great Flood), took place in 1813. Repeated flooding sparked the first ideas and designs on how to reduce the power of the Biela and Čierna Orava as early as 1830 and later in 1842, 1870, 1918, 1923 and 1933, each time after flooding. Archived records show that the first measurements and research activities took place as early as 1871. The studies considered building different types of dams with a reservoir of up to 850 million m3. As many as 9 alternative design concepts for the dam, dating from the beginning of the 20th century, were preserved in the archives of the state administration authority in Ústie nad Oravou. Several of them were created during the construction of the dam (after 1941). Doubts regarding the choice of design began to appear once the execution of the concrete gravity dam began. The Orava Dam was, at that time, the first large hydro-technical structure in Czechoslovakia to be built under such difficult geological conditions. Issues with geotechnical stability, aggressive groundwater and high compressibility of the rock complicated the already difficult construction conditions. The Orava Dam had become not only a national problem, but a problem of a European magnitude. Experts from Switzerland, Germany and Poland were invited to the construction site. Eventually, these problems were solved with an original concept for the Orava Dam, as it is known today. It is a concrete gravity dam, relieved, with horizontal reinforcement blocks covered by a layer of clay insulation with a grout curtain at the sub-base (Dr. Jiroušek et. al., 1949). In the field of dam engineering, the Orava Dam represents a unique solution which guarantees not only safety from flooding, but is also a rare technical innovation of European significance.
Emília Bednárová 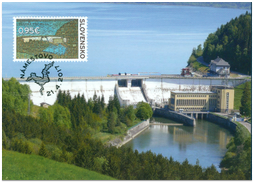 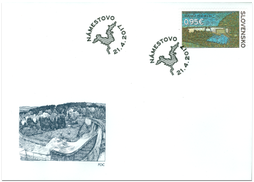 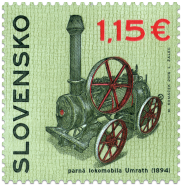 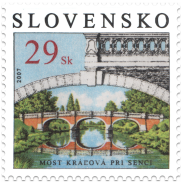