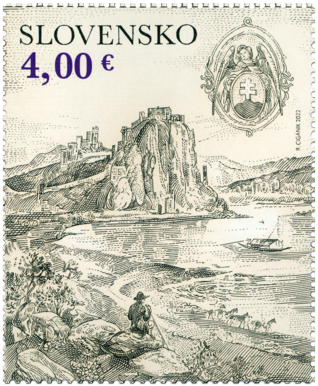 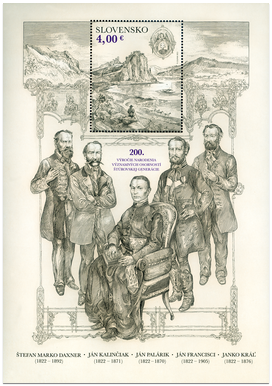 The history of mankind, as well as the histories of individual nations, includes short periods during which many important figures are born. Their ground-breaking ideas will go on to affect the social, scientific, cultural, artistic or political life of their nation and radically change the development of their society. These people do not usually only focus on a single dimension, the scope of their activities is wider, it includes culture and society. The period from 1815 to 1825, which gave birth to the generation, generally referred to as the Ľudovít Štúr generation, is one such period of Slovak history. This generation, led by this charismatic man, born in 1815, crucially influenced the development of the Slovak nation during the revolution of 1848 – 1849 and the so-called makeshift period of 1860 – 1867, when the key issues related to the existence of Slovaks as a nation were decided.

In 2022, we will commemorate the 200th anniversary of the birth of five figures from the Štúr generation. They had a profound effect on Slovak social life, leaving behind them a permanent and indelible trace. In order of their dates of birth, they are: Janko Kráľ (born 24th April), probably the greatest poet of the Štúr generation, a rebel and revolutionist. Ján Palárik (born several days later, on 27th April), he was a Catholic priest, the very opposite of Janko Kráľ, who, through his service and literature, strived to find a path to friendly coexistence between the individual nations of the Kingdom of Hungary of the time. Ján Francisci-Rimavský (born 1st June) played an unforgettable part in the battles that took place during the revolution of 1848 to 1849 and as a convener and organiser of the Slovak National Memorandum assembly in 1861. Ján Kalinčiak (born approximately two months later, on 10th August) was a gifted writer, whose humorous story Reštaurácia (Restoration) still entertains Slovak readers today, even though it was written more than 150 years ago. Finally, but not the least of them, Štefan Marko Daxner (22nd December), he was a lawyer and the chief author of the Memorandum of the Slovak Nation of 1861, which listed the crucial political requirements needed to support Slovak self-government. These continued to be included in Slovak political programmes until as late as 1993.

This postage stamp was inspired by the essential motif which all these figures held close to their hearts, Devín Castle. They considered it to be a national sanctuary, the birthplace of Slovak national statehood. On the miniature sheet we can find the figures to whom this stamp is dedicated. The FDC depicts an eagle flying above the peak of Kriváň, the symbol of Slovakia, which is loosening the cuffs of the Slovak nation. A lime leaf and blossom are part of the FDC cancellation and they are symbolic of contemporary Slavic patriotism. 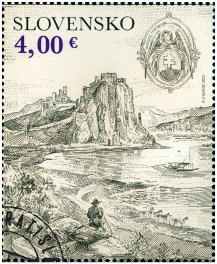 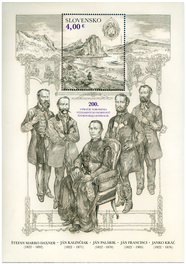 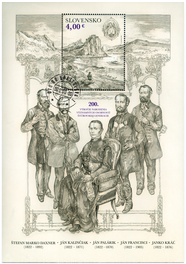 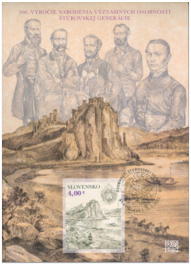 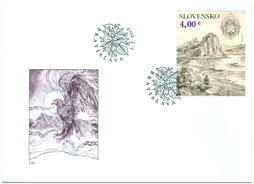 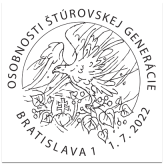 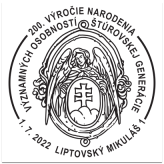 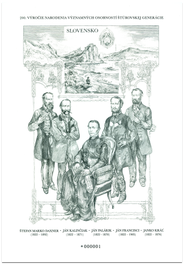 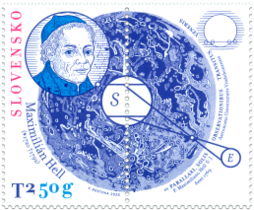