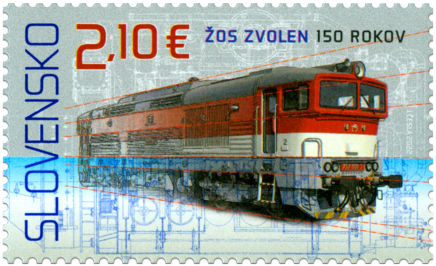 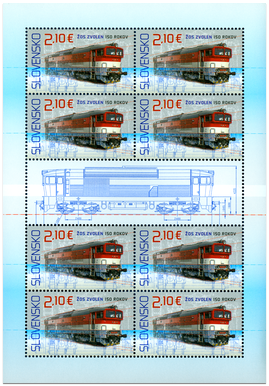 Repair manufactory “Železničné opravovne a strojárne Zvolen, a.s.” is one of the leaders in the repair of locomotives in the Slovak Republic. The repair of rolling stock in Slovakia has a 150-year-long tradition that began with the establishment of the railway workshops in Zvolen in 1872, today they are known as ŽOS Zvolen, a.s. The company focuses on the repair, inspection, servicing and maintenance of rolling stocks. It also provides a reconstruction and modernisation service. Moreover, it produces and repairs chassis and carries out repairs to various types of combustion engine, the components of braking systems, wheelsets and wiring.

From a historical point of view, the establishment of the company was closely linked with the development of the railway transport system of what was at that time Austria-Hungary. In 1872, the section of railway Pest – Salgótarján – Lučenec – Zvolen – Kremnica – Vrútky was constructed and these works were accompanied by the establishment of the Zvolen railway workshops. In 1918, after the end of World War I, the Hungarian State Railway (MÁV) was separated from the company, which subsequently came under the administration of the Czechoslovak railways. The importance of the Zvolen railway workshops increased in proportion to the growing importance of the railways and railway transport in Slovakia. The company later became part of Czechoslovak state railways (Československé štátne dráhy –  ČSD). During World War II the Zvolen railway workshops produced three armoured trains which were used in the fight against the German occupation. In the 1950s the change in the system of government also affected the structure of the companies who were responsible for the administration of the railways and that is why in 1952 were established ČSD-workshops for reconstruction of the rolling stocks. 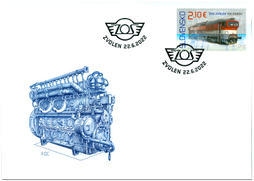