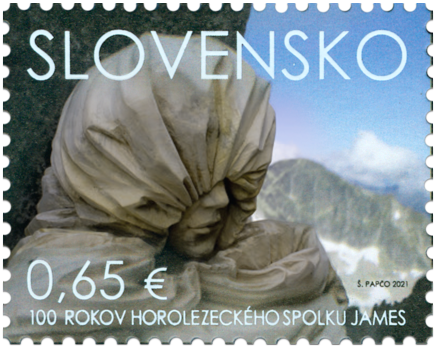 The motif of the postage stamp is a detail of the installation author’s statue “Bivouac” on the rock wall of Lomnický štít. On the FDC overprint is depicted so-called “climbing score”, graphic presentation of a climber’s movement on a rock wall. 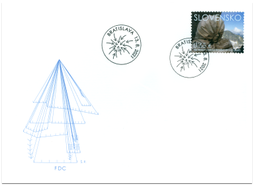 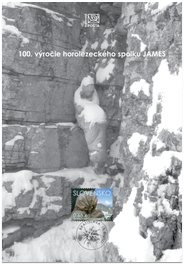 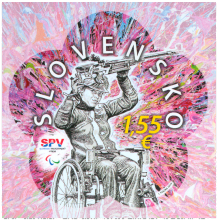 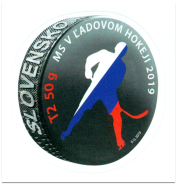