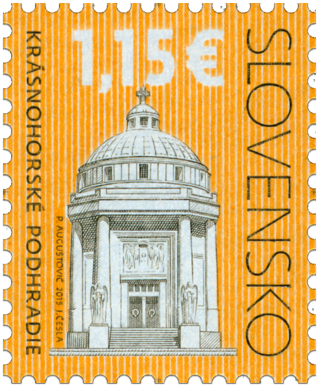 Dionysius Andrassy had a mausoleum built, not far from the Krásna Hôrka Castle, for his wife Františka Hablavcová, an opera singer with whom he fell in love in Vienna. Since she did not have “blue blood”, they got married secretly and lived in Döbling and Munich. His father disinherited him but changed this later before his death, however Dionysius did not return. He delegated the administration of the property to his friend. After Františka’s death, he decided not to bury her in the family tomb. Building of the mausoleum commenced on March 22, 1903, and was consecrated on October 26, 1904. It was designed by young Munich artists. Architect Richard Berndl created a concept by combining the elements of modern secession and classical features of late Antique and early Christian art. Austere exterior, close to the Teodoric Mausoleum in Ravenna, was contrasted with an exquisite interior inspired by other similar buildings from the 5th and 6th centuries. The mausoleum, made of white sandstone, creates an impression of an octagon through skewed edges and a square base. In front of the entrance, there is the word pax (peace) engraved on the floor on the sides of cherubs statue. There are lion knockers on the bronze door, and a coat-of-arms relief with eagles and geniuses with torches and Dionysius’s motto Non videri sed esse (Not to seem but to be) above them. The interior includes golden mosaics and coloured marbles from different parts of the world. There are Latin sayings, ornaments, symbols of the evangelists and twelve angels holding Christian symbols on the cupola with a lantern – the work of Karl Throll and Simon Theodore Rauecker. Agate-covered windows absorb transmitted light. Marble sarcophagi by Max Frick and Karl Huber are decorated with coats of arms, plants, animals, angels and portraits of Františka and Dionysius who was buried there in 1914. The altar of Saint Frances of Rome comprises a mosaic picture of the saint imported from Florence, works of goldsmith Adolf Mayerhofer, bronze pictures of seraphs and others. The Mausoleum is unprecedented in central Europe. 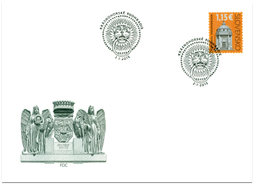 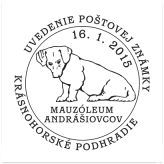