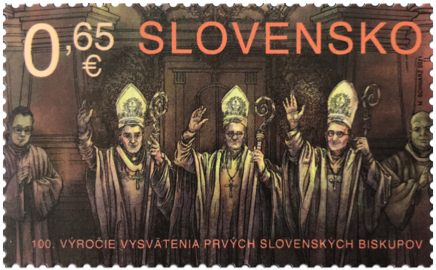 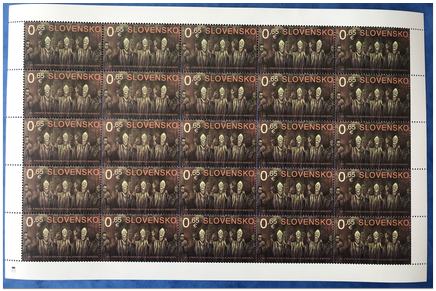 When we discuss the ordination of the first Slovak bishops we talk about those bishops who were ordained as early as the establishment of the common state of Czech and Slovak people – the first Czechoslovak Republic. Historical records show that more Catholic bishops came from what is the modern Slovakia, who proudly considered themselves to be Slovaks; however, at that time, Slovakia as such did not formally exist, it was part of Hungary.
After World War I the European political, geographical and power relationships underwent significant change. The Czechoslovak Republic and other states were established on the remnants of the territories that had made up the Habsburg Monarchy. This change in the political map also caused problems related to the territorial and administrative division of Church provinces. Pro-Hungarian bishops were deported from the Czechoslovak Republic, and the situation became serious. A solution was only implemented after the establishment of official diplomatic relations between the Czechoslovak Republic and the Holy See. In May 1920 Clemente Micara was appointed as the apostolic nuncio to the Czechoslovak Republic, and he gave thorough consideration to the candidates proposed by Slovak priests as well as the government of the Czechoslovak Republic and made his selection. However, some of the proposed candidates were rejected by the government of the Czechoslovak Republic. On 19th October 1920, after several compromises, the Cardinal Secretary of State, Caspari expressed the intention of the Holy See to appoint Ján Vojtaššák as the Bishop of Spiš, Karol Kmeťko as the Bishop of Nitra, and Marián Blaha as the Bishop of Banská Bystrica. There were no objections to these proposals from the government and the general public greeted the decision with enthusiasm. The canonical process of appointment began on 13th November 1920, and the appointments were promulgated on 16th December 1920 during a secret Papal consistory led by Pope Benedict XV.
The ordination of the Slovak bishops took place in the Church of St. Ladislav in Nitra on Sunday, 13th February 1921. It was of historic significance and highly ceremonial. The primary ordainer was the apostolic nuncio to the Czechoslovak Republic, Archbishop Clemente Micara, who was assisted by the Auxiliary Bishop of Hradec Králové, Karol Kašpar and the Auxiliary Bishop of Prague, Antonín Podlaha. In addition to representatives of the church, the ceremony was attended by representatives of the state and cultural and social organisations from the whole of the republic. After the ordination several thousand Slovaks gathered in the streets of Nitra to accompany the blessed bishops from the Church of St. Ladislav (Piarist) to the castle, to the ancient cathedral.
On this occasion the administrator of Matica slovenská, the evangelical Jozef Škultéty, declared that the ordination of these three Slovak bishops was an epochal and historically significant event for all Slovaks regardless of their religious beliefs. For Slovak Catholics it marked the end of almost two years of provisional spiritual administration and the beginning of a new epoch in the life of local churches under the leadership of zealous shepherds.
Mons. Ján Vallo 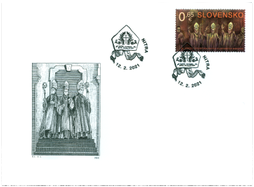 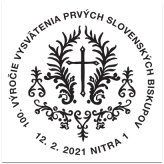 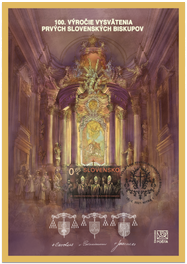