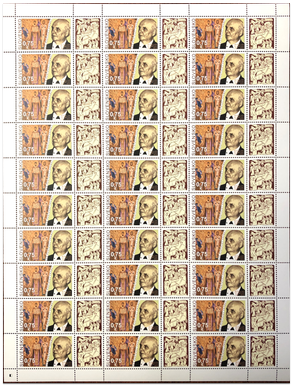 The painter Mikuláš Klimčák was born on 16th November 1921 in Humenné. He was raised in the Greek Catholic community at a time when Slovak Greek Catholics began to demand that their mother tongue be used in the liturgy. These efforts were related to the rediscovery of the roots of the Greek Catholic Church in Slovakia, research into its history and to the spiritual and historical links with the mission of the Thessalonian brothers St. Constantine and Methodius. All this, along with the possibilities offered at the time, defined Klimčák’s artistic and philosophical approach to all of the areas of his versatile work; he was a painter, a sculpture, an illustrator, a restorer, an iconographer and the creator of monumental works. During his studies in Bratislava and Prague he was influenced by personalities such as J. Mudroch, F. Tichý and J. Novák.

In 1950 Mikuláš Klimčák settled down in Bratislava, which remained his home for the rest of his life. His tapestry Byzantine Mission in Great Moravia decorates the walls of the historical Bratislava Castle. He also created the original sarcophagus of Pavol Peter Gojdič, the beatified bishop of Prešov.  He created illustrations for the Slovo magazine, and painted several Greek Catholic churches. His works can be also found in the church of his home-town of Humenné, where he grew up, or in the Basilica in Ľutina, where they are designing a gallery which will be named after him.

His work that portrays the birth of Jesus Christ became the template for a postage stamp, which was issued at Christmas in 1997. It also clearly conveys his unconventional approach to iconography, where the iconographic motifs are portrayed using a modern artistic style. Those works where all the aspects of his work overlap include his painting, Hospoď Boh Savaot, from 1997, where modern iconography is interconnected with a monumentalistic approach. Mikuláš Klimčák died on 2nd March 2016 in Bratislava, and he was buried at the local cemetery, St. Andrew’s. 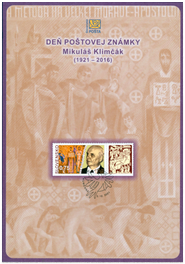 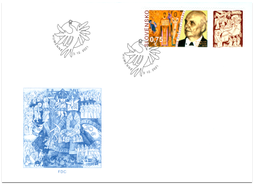