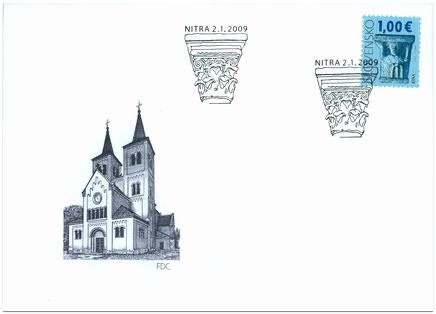 © Slovak Post, 2009 Bíňa is closely linked with significant evidence of Early Middle Ages’ settlement. As early as in the 9th century – the era of the Great Moravian Empire – a village was located at an elevated terrace along the river Hron. Its existence was proved by the excavation of graves containing Great Moravian jewellery. In the late 10th century, the area was fortified with earth ramparts which are unique in terms of their extent and strength. We assume that their construction was ordered by the King Stephen I during the war with the insurgent Kopáň. The fortified area was used also throughout following centuries. In the early 13th century a monastery of the Premonstratensians was erected here (probably at a place of older ecclesiastical tradition). The monastic church (today a parish church) of Virgin Mary was constructed before 1217 by Omodej coming from an influential family of aristocratic origin – the Hunt-Poznans. The most significant Romanesque monuments in Slovakia, the single-nave church has a large west gallery. Its west part is dominated by two towers. Three apses can be found on its east side. A remarkable complex of architectonic elements with high-quality monumental masonry decoration has survived the ravages of time. It is apparent that stonemasons worked also at the royal and archbishop castle in the nearby Estergom at the turn of the 12th and 13th centuries. Prevailingly floral and figural decorations are to be found on the capitals of piers under the gallery and the capitals of the counterfort, which formerly bore the groin of the nave. A representative portal leads from the antechapel to the nave of the ‘offset form’ typical of the Romanesque period. The counter fort capitals in the offsets are decorated with floral motifs. On the inner-side of the left-hand portal lining figural motif has been preserved: the stylised figure of Atlas or rather an Orant with hello gesture. In front of the church there is another sacral building – the Round church of the Twelve Apostles, which dates back approximately to 1217 (probably a votive chapel). Inside the church there are a lot of fragments of Late-Romanesque wall painting preserved. The figures of the Apostles can be still visible at the window lining. Bibiana Pomfyová 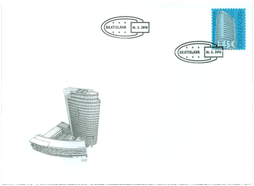 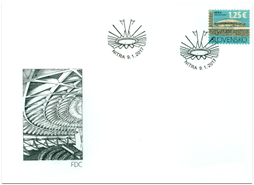 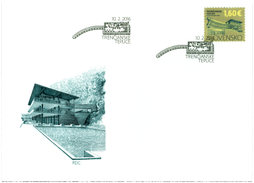 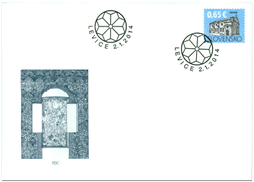 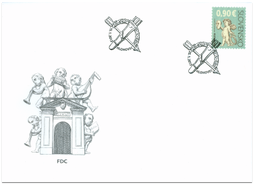 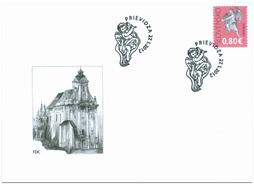 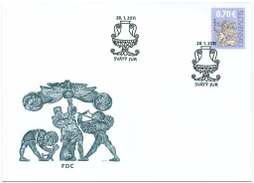 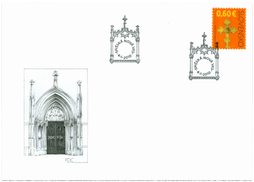 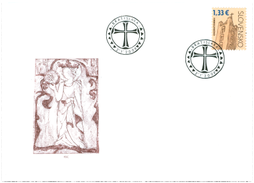 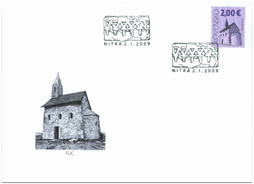 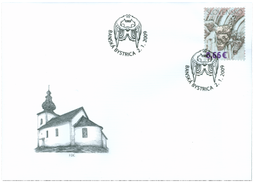 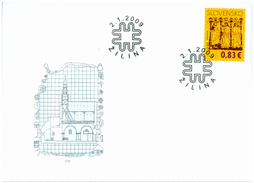