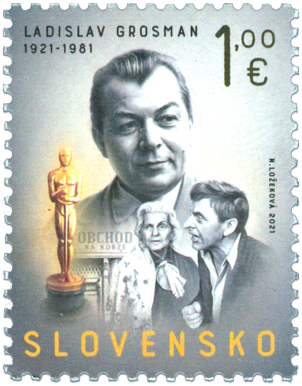 He was born in 1921 in Humenné, Eastern Slovakia. Several members of his Jewish family suffered during World War II, his parents and three siblings died when a transportation train was bombed. After the end of the war, in the 1950s, he studied at the University of Political and Social Sciences in Prague. When he returned to Slovakia he worked at the Pravda Publishing House and in the field of book culture and cinematography.
He wrote fiction, he drew his ideas from his homeland and the life of the common people of the Jewish community. He profoundly absorbed their tragic fate and depicted the characteristics of their way of life. He wrote his novella Obchod na Korze (The Shop on Main Street) in 1965, it was based on his short story Pasca (The Trap), which he had written three years earlier. This novella was written in parallel with the screenplay for the film directed by Ján Kadár and Elmar Klos, The Shop on Main Street (1965), which received an Oscar, presented by the American Academy of Motion Picture Arts and Sciences, for the best foreign language film. Grosman told the thrilling story of a Jewish shop owner, the widow Rozália Lautmannová, who was played by Ida Kamińská, and the confiscator of Jewish property, Tóno Brtka, played by Jozef Kroner. He expressed, in its entirety, the tragic character of the fates of the citizens of a small Slovak town, who were swept away by the muddy waves of Nazism, which none of them could withstand. The film was made in the Barrandov studio, and filmed in Sabinov.
Grosman only benefited from his award for a short time; after the 1968 Warsaw Pact invasion he emigrated to Israel, where he taught at a university. He died in 1981. However, he did not abandon his homeland, he published several smaller works which included recollections of his childhood and the theme of the holocaust, within these works he was able to maintain his typical tragicomic distance (books of short stories: Nevesta (The Bride), 1969, Hlavou proti múru (Head against the Wall), 1976, and Z pekla šťastie (The Devil’s Own Luck), 1994). Grosman’s story is one of an ordinary person who briefly appeared in the spotlight, making his mark on the history of cinematography of the 20th century. 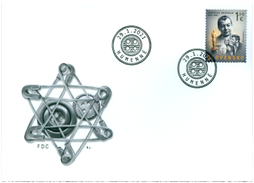