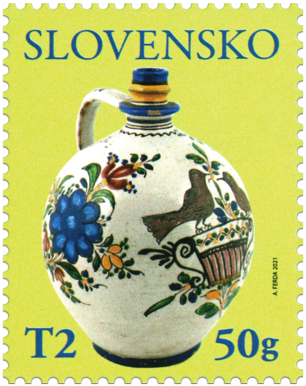 Folk faience began to flourish, in what is today Slovakia, in the 18th century, thanks to the Anabaptist sect of Habans. They discovered the secret of this shiny painted ceramic during their migration across Europe. After the decline of the traditional Haban lifestyle, their ceramic workshops, famous for their use of a specific range of colours and decoration, became part of the domestic production of ceramics. Apart from pottery production, a new type of ceramic, faience or, as it is referred to colloquially, jug making, developed in Slovakia. In Western Slovakia several well-known ceramic production centres were established, for example in Boleráz, Dobrá Voda, Košolná, Sobotište and Stupava.
The shape and decoration of Slovak folk faience was affected by the local environment. Ceramics were decorated with colourful floral, zoomorphic and figural motifs in various combinations.  The town of Modra was also among the most well-known ceramic production centres. A Ceramics Vocational School, which later became the biggest producer of Slovak ceramics, was established in Modra in 1883. Many excellent ceramicists, including Heřman Landsfeld, a painter of ceramics, graduated from the school. He became a reputable collector, populariser and connoisseur of Slovak folk faience. Landsfeld carried out an archaeological and archival survey which documented the Haban and jug-making centres. This research provided him with knowledge of various techniques of ceramic production and decoration as well as the distinctive ornamentation of the old ceramic workshops. At the beginning of the 20th century, Landsfeld prepared a book of designs for the school. It contained ornaments from all the centres of western Slovakia. The book of designs became “a primer” for producers of Modra ceramics. Landsfeld also copied these traditional designs in his ceramics. They included a small jug called a čepák, decorated with a bird motif, which is on display at the SNM – the Ľudovít Štúr Museum in Modra. Today, several of Heřman Landsfeld's designs are still painted on Modra ceramics.
PhDr. Agáta Petrakovičová Šikulová 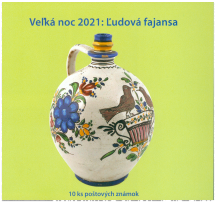 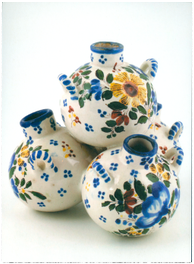 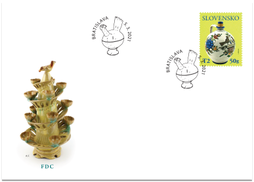