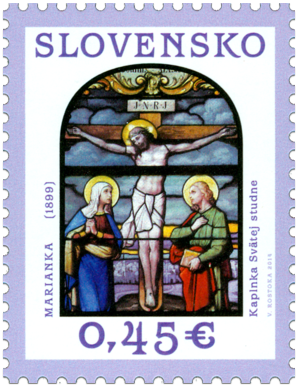 The Monastery of the Order of St. Paul the First Hermit in Marianka, near Bratislava, has represented one of the most famous places of pilgrimage of western Slovakia, ever since the Middle Ages. The beginnings of the worshiping of the miraculous Marian sculpture have been supported by reliable evidence only from 1377, when a Gothic church was built there. However, according to legends, miraculous events were dated even earlier, and the sculpture was preserved until the current day and is much older. Nonetheless, the most important buildings of the complex were constructed only after the Turkish wars at the end of the 17th century. Later on, they were quite frequently subject to various renovations. In connection with miracles, thanks to which the place became popular, the Chapel of the Holy Well holds an exceptionally important status. Its stained glass windows were a part of an area renovation phase, taking place at the turn of the 19th and 20th Century.
A window scene depicting the Crucifixion embodies a simplified version of Calvary. Figures of the Virgin Mary of Sorrows and St. Evangelist are both standing on both sides of the Crucified. On the horizon, a view of the city of Jerusalem can be seen, while clouds in the background increase a dramatic tone of the composition. From the point of view of style, it is a typical example of eclectic historicism from the end of the 19th century. While the composition and figural parts reflect a direct inspiration from a Neo-Renaissance painting (Prerafaelists), rich decorations of margins, combination of a grid and cartouches represent heritage of Rococo Ornaments. There is a Latin quotation from the St. John’s Gospel in the top title cartouche, while a smaller bottom one includes a dedication note.

The stamps are with jasmine perfume. 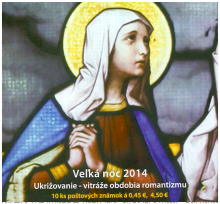 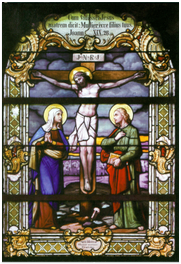 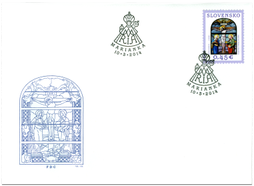 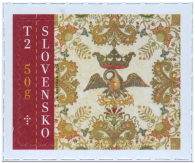