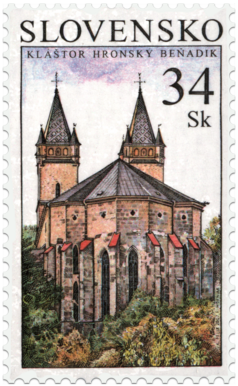 © Slovak Post, 2007 The abbey in Hronský Beňadik was one of the largest and most affluent Benedictine abbeys in Slovakia. Located in the Hron valley on the ancient road linking Nitra and Zvolen with its mining communities, it served as a medieval public notary (“locus credibilis”) up until the 16th century. The first Romanesque three-aisle basilica was consecrated in 1075 by King Gejza I. Between 1346 and 1375 a twin-towered Gothic church was built on the site of the former monastery complex. Today’s three-aisle hall ending in a polygonal presbytery was renovated after a fire in the 15th century. The church builder chose a Gothic skeleton construction with a three-aisle core supported by elaborate piers and cross-vaults. The western front is dominated by a representative late-Gothic entrance portal. The four-winged building of the monastery, with the so-called “abbey wing” located south of the church, was completed in 1508. Several works of art of significant value, especially altars, were installed by individual abbots in the church and the Elysium garden of the monastery. However, only a few were preserved including the frame of the late-Gothic field altar of St. Scholastica dating to 1460, which is located inside the church. One of the most significant panel paintings was the Passion altar, which – like many others – is currently on display at the Diocese Museum in Esztergom. In the 16th century the monastery was rebuilt into a fortress against the Turks, and the Ezstergom Canonry became its new owner. During the 17th century it underwent several fortification works, and in the 18th century a large granary was built on the site of a collapsed wing. At the end of the 19th and beginning of the 20th century, preservation works were performed and the exterior was re-Gothicised. The neo-Gothic altars including the parts of the original Gothic furniture were installed in the interior. A theme of the monastery’s cloister is used in the FDC. Jadwiga Lacková 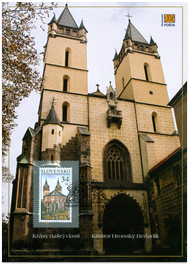 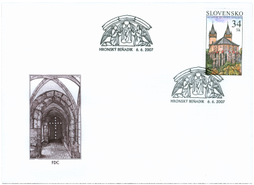 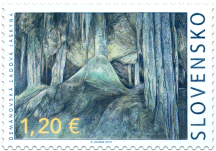