It is an exciting experience to run your fingers over a piece of paper that informs in detail. That’s what blind and visually-impaired people around the world are able to do thanks to Louis Braille, the inventor of the ingenious system used by blind people to read and write. At the age of sixteen (in 1825) he developed a system of characters with six raised dots which can be variously combined to represent the whole alphabet. The invention represented a real breakthrough on the path of knowledge, education, and self-assertion of millions of blind and visually-impaired across the world. Louis Braille was born on 4 January 1809 in Coupvray, France, to the family of a harness maker. He was the youngest of four children. When he was just over three years old, he unfortunately lost his sight while playing in his father’s workshop. Louis Braille died on 6 January 1852 in Paris. As a sign of the French society’s gratitude, his ashes were deposited in the Panthéon in Paris, a place of last repose for the greatest men and women of France. Several years ago, the Society of Friends of Louis Braille turned his birth house in Coupvray, located about 35 km from Paris, into a museum. Gabriela Rerková 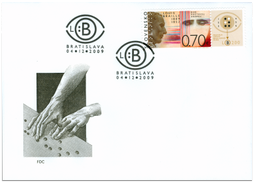 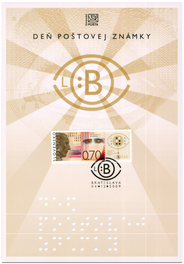